I was checking out cnet.com today and right at the top was an ad for the HP TouchSmart 520t, which had a DEMO button I was eager to check out:

When clicked on, the panel opened up to reveal a graphic overlaid with an animation of a hand that moved in response to my mouse. 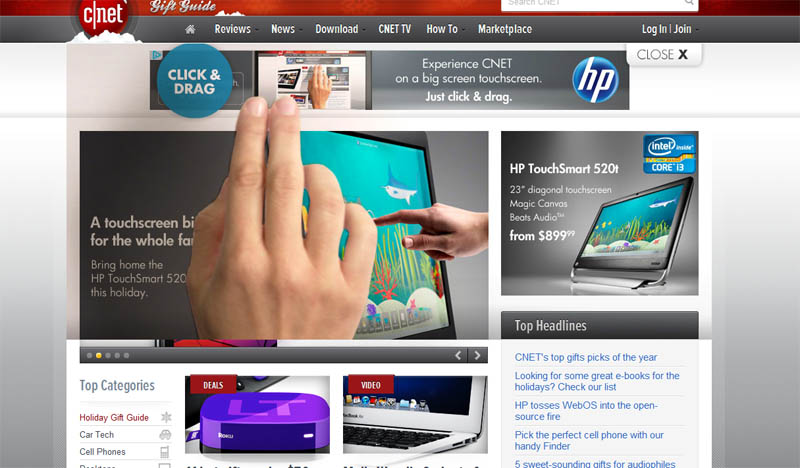 When I clicked on something, the hand made a point gesture.  When I moved to the side, it made a swiping gesture.

Though this was incredibly simple, it did give me a sense of the ease in which I could navigate if I had this computer.  I thought it did a nice job of illustrating an important product feature.

Only one small complaint — I am left handed, and the image was for right-handed people.

Iconic One Theme | Powered by Wordpress